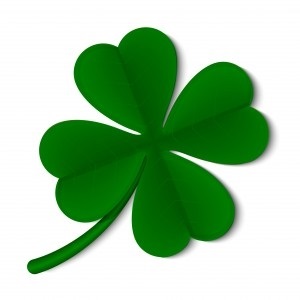 Sometimes We Just Get Lucky

Last month, a single bet on Tiger Woods winning the Masters resulted in a $1.2 million payout.

This was not a bet made by a wealthy individual or professional gambler. Rather, the bettor was a self-employed day trader saddled with a mortgage, two student loans, and two car loans. He describes himself having a background in finance and considers himself “a responsible guy.”

I don’t know how responsible it is when someone in significant debt places an $85,000 bet on a single outcome.  What would cause “a responsible guy” to do something so risky?  Rather than trying to speculate on his motives, let’s talk about the “Illusion of Validity” and what it has in common with picking golf winners or stock winners.

How Reliable is a Hunch?

It was a feeling, a hunch.  And because of the positive outcome, he overestimated his ability to identify future “pre-destined” outcomes.  Tiger lost the PGA, heck he didn’t even make the cut.  Our gambler allowed his feelings to override logic and reason when making future financial decisions.

As you can see, the human mind is a very good at tricking us.  If you re-read his comments above, notice how the gambler converges his observations into a coherent story that he could easily believe.  Because of these impressions, he made a formal prediction on something that is completely unpredictable.  Yet, he made the prediction, believed he had some type of “advantage” on the matter and made the bet.  He won the bet, however, it had nothing to do with his “feelings”.  He was simply lucky, just like a lottery winner is lucky.  Notice how he predicted that Tiger will go on to win the PGA and the U.S. Open based upon his same feelings.  Tiger lost the very next major golf tournament he played in, the PGA.  He didn’t even make the Friday cut.  Declarations of high confidence and certainty mainly tell you that the gambler has constructed a coherent story in mind, not necessarily that the story is true.

Luck happens in life. Sometimes it goes our way, sometimes it doesn’t. Outcomes, especially in the short term, are seldom evidence of skill or even wise decision making. They are more likely driven by luck or chance than skill. The same is true with investing.

As investors, we sometimes confuse luck with skill.  Skill in investing is rarely demonstrated by short-term outcomes; luck and chance rule that time period.

Investment skill is often demonstrated by discipline to a strategy and patience.  Constant fluctuations in asset prices and the role of luck make this very difficult.  We want instant feedback, and sometimes we get impatient.  But that is what separates the skillful investor from all the rest - staying the course.